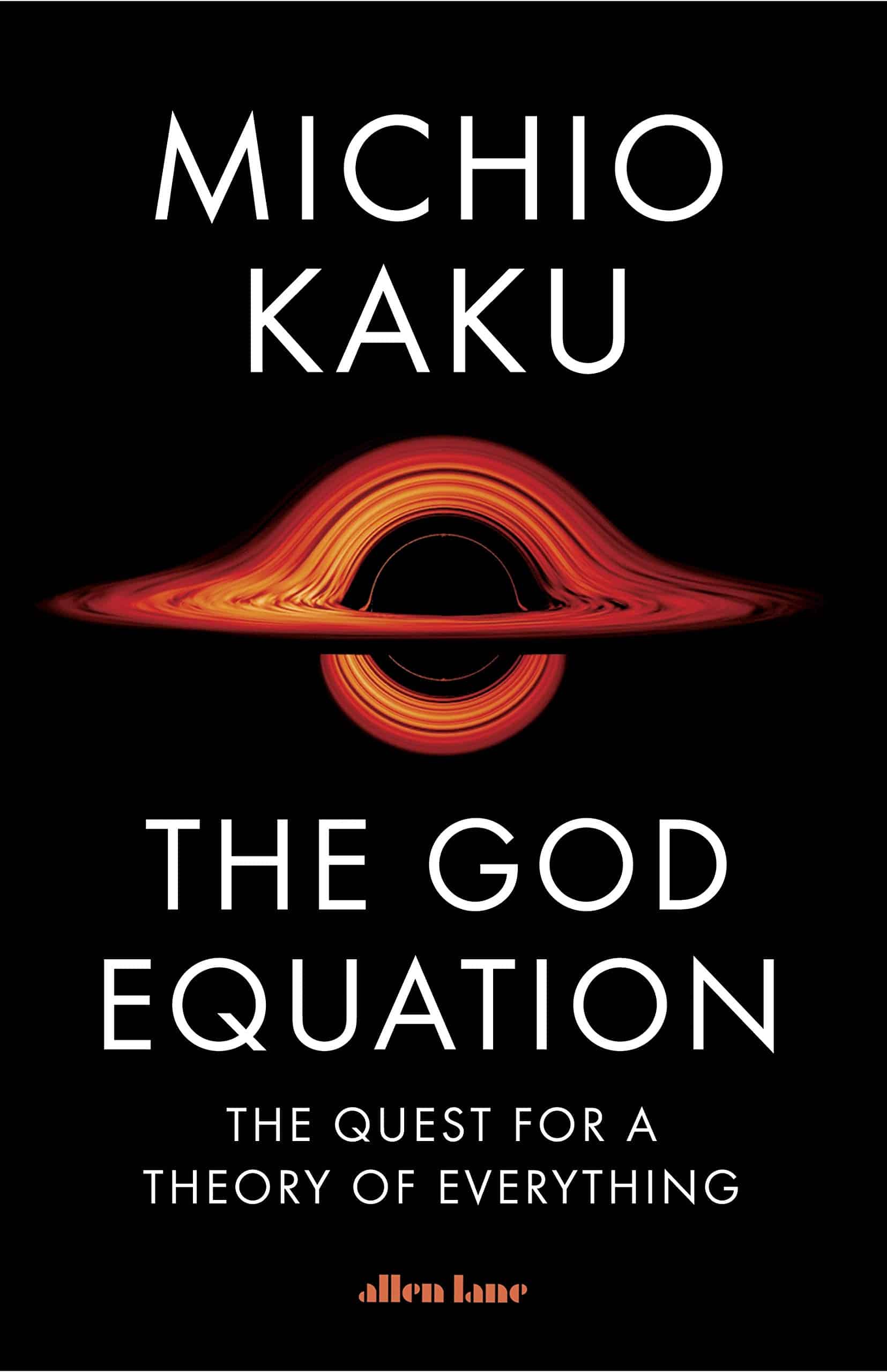 Excerpted from The God Equation by Michio Kaku, reprinted with permission from Penguin Random House.

Introduction to the Final Theory

It was to be the final theory, a single framework that would unite all the forces of the cosmos and choreograph everything from the motion of the expanding universe to the most minute dance of subatomic particles. The challenge was to write an equation whose mathematical elegance would encompass the whole of physics.

Some of the most eminent physicists in the world embarked upon this quest. Stephen Hawking even gave a talk with the auspicious title “Is the End in Sight for Theoretical Physics?”

If such a theory is successful, it would be science’s crowning achievement. It would be the holy grail of physics, a single formula from which, in principle, one could derive all other equations, starting from the Big Bang and moving to the end of the universe. It would be the end product of two thousand years of scientific investigation ever since the ancients asked the question, “What is the world made of?

It is a breathtaking vision.

I first came across the challenge this dream posed as a child of eight. One day, the newspapers announced that a great scientist had just died. There was an unforgettable picture in the paper.

It was an image of his desk, with an open notebook. The caption announced that the greatest scientist of our time could not finish the work he had started. I was fascinated. What could possibly be so hard that even the great Einstein could not solve it?

That book contained his unfinished theory of everything, what Einstein called the unified field theory. He wanted an equation, perhaps no more than one inch long, that would allow him to, in his words, “read the mind of God.”

Not fully appreciating the enormity of this problem, I decided to follow in the footsteps of this great man, and hoped to play a small role in finishing his quest.

But many others have also tried and failed. As Princeton physicist Freeman Dyson once said, the road to the unified field theory is littered with the corpses of failed attempts.

Today, however, many leading physicists believe that we are finally converging on the solution.

The leading (and to my mind, only) candidate is called string theory, which posits the universe was not made of point particles but of tiny vibrating strings, with each note corresponding to a subatomic particle.

If we had a microscope powerful enough, we could see that electrons, quarks, neutrinos, etc. are nothing but vibrations on minuscule loops resembling rubber bands. If we pluck the rubber band enough times and in different ways, we eventually create all the known subatomic particles in the universe. This means that all the laws of physics can be reduced to the harmonies of these strings. Chemistry is the melodies one can play on them. The universe is a symphony. And the mind of God, which Einstein eloquently wrote about, is cosmic music resonating throughout space-time.

This is not just an academic question. Each time scientists have unraveled a new force, it has changed the course of civilization and altered the destiny of humanity. For example, Newton’s discovery of the laws of motion and gravity laid the groundwork for the machine age and the Industrial Revolution. Michael Faraday and James Clerk Maxwell’s explanation of electricity and magnetism paved the way for the illumination of our cities and gave us powerful electric motors and generators as well as instantaneous communication via TV and radio. Einstein’s E = mc2 explained the power of the stars and helped to unravel the nuclear force. When Erwin Schrödinger, Werner Heisenberg, and others unlocked the secrets of the quantum theory, they gave us the high-tech revolution of today, with supercomputers, lasers, the internet, and all the fabulous gadgets in our living rooms.

Ultimately, all the wonders of modern technology owe their origin to the scientists who gradually discovered the fundamental forces of the world. Now, scientists may be converging on the theory that unifies these four forces of nature—gravity, the electromagnetic force, and the strong and weak nuclear forces—into a single theory. Ultimately, it may answer some of the deepest mysteries and questions in all of science, such as:

This book is about the quest to find this ultimate theory and all the bizarre twists and turns of what is undoubtedly one of the strangest chapters in the history of physics. We will review all the previous revolutions, which have given us our technological marvels, starting with the Newtonian revolution, leading up to the mastery of the electromagnetic force, the development of relativity and the quantum theory, and the string theory of today. And we will explain how this theory may also unravel the deepest mysteries of space and time.

An Army of Critics

However, hurdles remain. For all the excitement generated by string theory, the critics have been keen to point out its defects. And after all the hype and frenzy, real progress has stalled.

The most glaring problem is that, for all the flattering press extolling the beauty and complexity of the theory, we have no solid, testable evidence. Once, it was hoped that the Large Hadron Collider (LHC) outside Geneva, Switzerland, the biggest particle accelerator in history, would find concrete evidence for the final theory, but this has remained elusive. The LHC was able to find the Higgs boson (or the God particle), but this particle was only a tiny missing piece of the final theory.

Although ambitious proposals have been made for an even more powerful successor to the LHC, there is no guarantee that these costly machines will find anything at all. No one knows for certain at what energy we will find new subatomic particles that could verify the theory.

But perhaps the most important criticism of string theory is that it predicts a multiverse of universes. Einstein once said that the key question was: Did God have a choice in making the universe? Is the universe unique? String theory by itself is unique, but it probably has an infinite number of solutions. Physicists call this the landscape problem—the fact that our universe may be just one solution among an ocean of other equally valid ones. If our universe is one of many possibilities, then which one is ours? Why do we live in this particular universe and not another? What, then, is the predictive power of string theory? Is it a theory of everything or a theory of anything?

I admit I have a stake in this search. I have been working on string theory since 1968, ever since it emerged accidentally, unannounced, and totally unexpected. I have seen the remarkable evolution of the theory that developed from a single formula into a discipline with a whole library’s worth of research papers. Today, string theory forms the basis of much of the research being done in the world’s leading laboratories. This book will hopefully give you a balanced, objective analysis of string theory’s breakthroughs and limitations.

It will also explain why this quest has seized the imagination of the world’s top scientists, and why this theory has generated so much passion and controversy.

Excerpted from The God Equation by Michio Kaku. Copyright © 2021 by Michio Kaku. All rights reserved. No part of this excerpt may be reproduced or reprinted without permission in writing from the publisher.