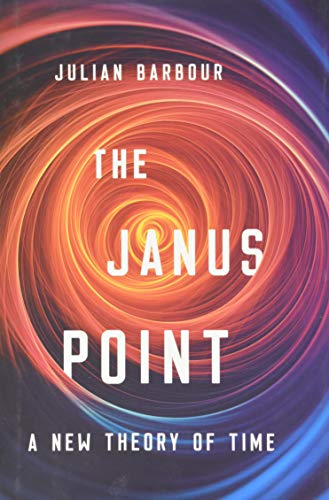 Time is among the universe’s greatest mysteries. Why, when most laws of physics allow for it to flow forward and backward, does it only go forward? Physicists have long appealed to the second law of thermodynamics, held to predict the increase of disorder in the universe, to explain this. In The Janus Point: A New Theory of Time, physicist and Closer To Truth Contributor Julian Barbour argues that the second law has been misapplied and that the growth of order determines how we experience time. In his view, the big bang becomes the “Janus point,” a moment of minimal order from which time could flow, and order increase, in two directions.

The following is excerpted from The Janus Point.

Time and its Arrows

The Universe is made of stories, not of atoms.
—Muriel Rukeyser

Time flows forward. Everyone has the feeling. It is more than mere feeling; it has a real counterpart in observable phenomena. Processes near and far in space and time all unfold in the same direction. All animals, us humans included, get older in the same direction. We never meet anyone getting younger. Astronomers have observed millions of stars and understand very well how they age—all in the same direction as us. On seashores around the world, waves build and break—they never ‘unbreak’.

We remember the past, not the future. There are arrows of time. A film run backwards confounds cause and effect: instead of divers making a splash on entering the water, they emerge from it while the splash disappears. Myriad arrows permeate our existence. They are the stuff of birth, life, and death. In their totality, they define for us the direction of time.

Three arrows are particularly important because they can be treated with a good degree of mathematical precision.

The first, with which we will be much concerned, is the common process of equilibration. To see an example and its end result, put a tumbler of water on a table and disturb its surface by stirring the water vigorously with your finger. Remove your finger. Very soon the disturbance subsides and the surface becomes flat. You have witnessed an irreversible process. You can watch the surface for hours on end and it will never become disturbed spontaneously. The observationally unchanging state reached through equilibration corresponds to equilibrium. This is an example you can see. More important for the subject of this book is one you can feel—the equalisation of temperature. Go from a warm room to a cold room and you immediately feel the difference because your body is losing heat to the air around it. Many similar examples could be given: hot coffee in a mug, if not drunk, cools to the ambient temperature of the room.

The next arrow relates to what are called retarded waves. Don’t worry about the name. You see a beautiful example whenever you throw a stone into a still pond and circular waves spread out from the point of entry. The waves are said to be retarded because they are observed after the impact of the stone—the effect follows the cause. You never see waves that mysteriously start in unison at the bank of the pond, converge on its centre, and eject a stone that then lands in your hand—although the laws of hydrodynamics and mechanics are perfectly compatible with the possibility. It is not only water waves that invariably exhibit retardation; so do the radio and TV signals that reach your home from transmitters.

The third example is in quantum mechanics and is the notorious problem of Schrodinger’s cat. In accordance with the quantum formalism, a certain wave function can describe a cat that is simultaneously both dead and alive. Only when an observation is made to establish the cat’s state is there collapse of the wave function and just one of the two possibilities is realised.

Arthur Eddington, the British astrophysicist who in 1919 made Einstein into a world celebrity overnight with a famous telegramme to the London Times that confirmed a prediction of the general theory of relativity, coined the expression ‘arrow of time’ in the 1920s. Eddington had in mind mainly the arrow associated with equilibration, but people often use it as a portmanteau expression to cover all the arrows, as I will.

Because the arrows of time are so ubiquitous it’s easy to take them for granted, but since the early 1850s theoreticians have seen in them a major problem. It is easily stated: apart from a tiny temporal asymmetry in one single law that, just after the big bang, was one of the factors that prevented complete mutual annihilation of matter and antimatter but cannot have played any significant role in creating the currently observed huge asymmetry between past and future, all the remaining laws of nature make no distinction between past and future. They work equally well in both time directions. Take a very simple law, the one that governs billiard balls. Unlike divers plunging into water, a film that spans their impact does look the same forwards and backwards. Physicists say laws like that are time-reversal symmetric. By this, they do not mean that time is reversed but that if at some stage all relevant velocities are precisely reversed, the balls will retrace, at the same speeds, the paths previously taken. More complicated is the case of charged particles in a magnetic field; the direction of the field must also be reversed along with the particle velocities if the retracing is to occur. There is an even more subtle case related to electric charges, mirror reflection, and the single fortuitous rule-breaking exception which allowed a minuscule amount of matter to survive after the big bang and we who are made of it to come into existence billions of years later. In all cases, the problem is the same: if the individual laws of nature that count do not distinguish a direction of time, how does it come about that innumerable phenomena do?

This question throws up such basic issues that we cannot hope to answer it unless we identify secure foundations for our theorising. One such foundation is that all meaningful statements in science are about relationships. This applies to the very notion of the direction of time. We recognise one because all around us we have those multitudinous unidirectional arrows. Without their constant presence, a single diver emerging backwards out of turbulent water, leaving it smooth and flat, would not appear to violate the normal course of nature. Also important are the nature and precision of observation. Wearing night-vision spectacles sensitive to infrared light, we would not see the collision of billiard balls as the same backwards and forwards—we would see hot spots appear on both balls after the collision, while the film run backwards would show those spots disappearing. In cricket, infrared imaging cameras are used when umpires are in doubt whether the ball has nicked the bat or pad and, through friction, raised the temperature at a localised spot.

This sensitivity to the means of observation raises a critical question: are the laws of nature truly time-reversal symmetric? The answer almost universally given is that yes, they are at the fundamental level of elementary particles—there is no microscopic arrow of time, only one at the macroscopic level. This was the conclusion that scientists reached in the second half of the nineteenth century. It came about in the first place through one truly remarkable study. Towards the end of the eighteenth century, people started to investigate seriously the properties of heat. A large part of the stimulus for this was to understand the workings of steam engines and how to make them as efficient as possible. In 1824, the young French engineer Sadi Carnot published a book, remarkable for its profundity and brevity, on this problem. Initially it passed unnoticed, but in 1849 a paper by William Thomson (later Lord Kelvin) brought Carnot’s work to the notice of Rudolf Clausius, with dramatic effect: together with Thomson, Clausius played a key role in the creation of an entirely new science, for which Thomson coined the name thermodynamics.

Its first law states that energy can be neither created nor destroyed. Within physics, this formalises the long-held belief reflected in Lear’s warning to Cordelia: “Nothing will come of nothing”. The second law of thermodynamics introduces the fundamental concept of entropy, a great discovery by Clausius, who introduced the name. Entropy is, to say the least, a subtle notion that, since Clausius’s discovery, has been formulated in many different ways. Indeed, a search through the technical literature throws up about twenty different definitions of the second law. Some of them include entropy; others do not. Despite that, entropy is one of those scientific concepts that have entered common parlance along with energy, the big bang, the expansion of the universe, black holes, evolution, DNA, and a few more. In a non-technical simplification that can mislead, entropy is widely described as a measure of disorder. The most common formulation of the second law states that, under controlled conditions that allow proper definition, entropy cannot decrease and generally will increase. In particular, entropy always increases in any process of equilibration in a confined space. Among the various arrows of time, entropy’s growth is the one that the majority of scientists take to be the most fundamental. The second law, often referred to without the addition ‘of thermodynamics’, has acquired an almost inviolable aura. In quite large part this is due to Clausius, who knew how to make sure that, deservedly, his results lodged securely in the mind. The paper of 1865 in which he coined ‘entropy’ ends with the words “Die Entropie der Welt strebt einem Maximum zu” (the entropy of the universe tends to a maximum). This statement had the impact that Clausius intended and was taken to mean that the universe will eventually expire in the heat death of thermal equilibrium. In human terms, there’s a near anticipation of this in the final quatrain of Shakespeare’s Sonnet 73:

In me thou see’st the glowing of such fire,
That on the ashes of his youth doth lie,
As the death-bed whereon it must expire,
Consum’d with that which it was nourish’d by.

Not surprisingly, the second law is grist for the mill of all pessimists. For many scientists, the growth of entropy, and with it disorder, is the ineluctable arrow that puts the direction into time. The mystery then is how the arrow gets into things so profoundly if the laws give no indication that it should.

From The Janus Point: A New Theory of Time by Julian Barbour