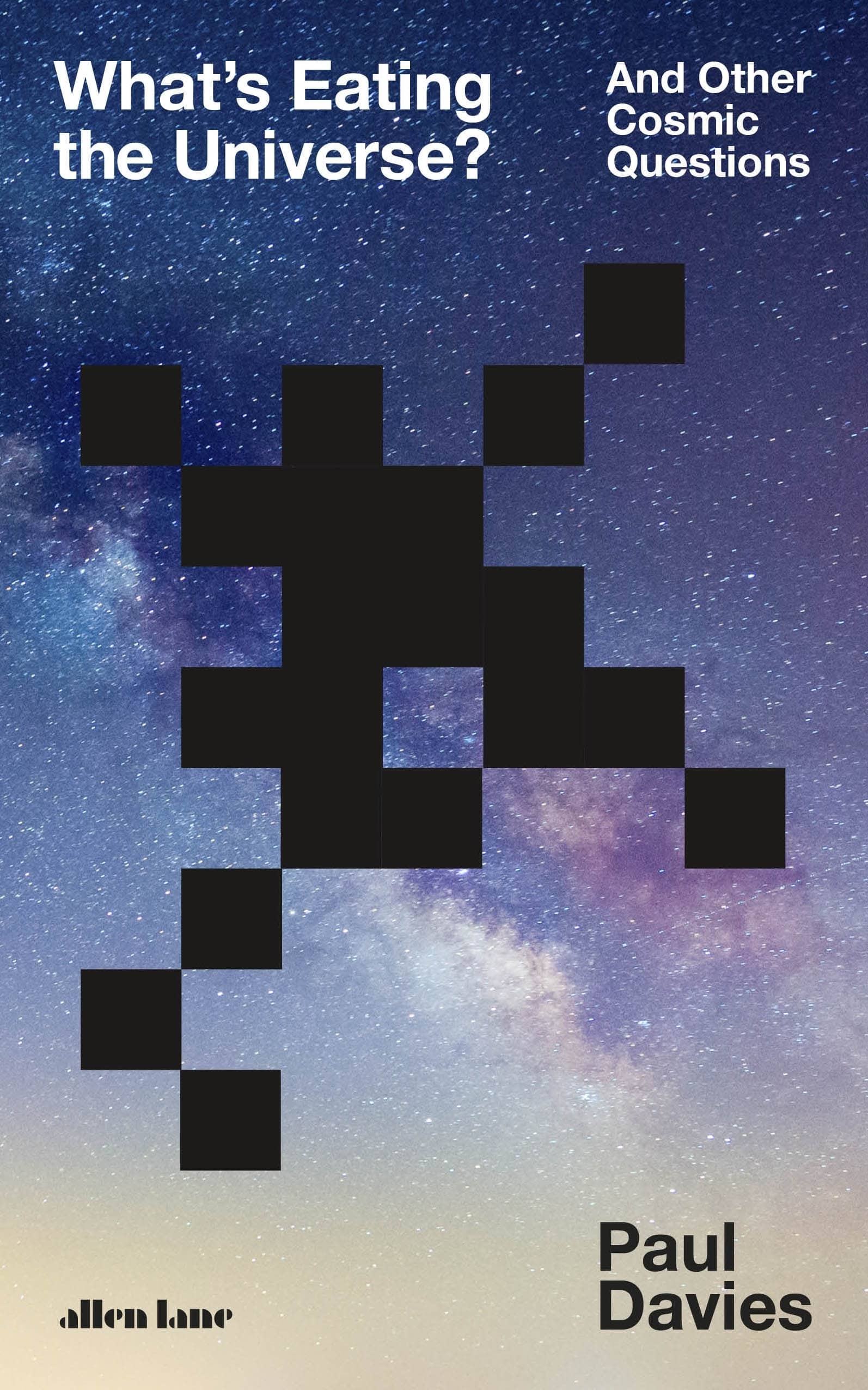 The following is an excerpt from What’s Eating the Universe? And Other Cosmic Questions by Paul Davies.

I often give public lectures on astrobiology with the title: ‘Are we alone in the universe?’ From time to time somebody will raise a hand during the Q&A and announce that they know the answer, because they have met, or have even been abducted by, aliens. I don’t believe them, but I try not to be too dismissive. Occasionally my sense of mischief gets the better of me though, and if I am asked whether I know anything about secret US government facilities with alien bodies, or crashed flying saucers, I reply by saying that I do know something, but I’m afraid I’m not at liberty to disclose it. That either causes uproar or brings the lecture to a convenient close.

Much as I would love to think we are not alone, I accept that there is still no sound scientific evidence for any life whatsoever beyond Earth, let alone intelligent life. The search for alien beings is another of those pendulum stories. Early scientists had little problem with the possibility of extra-terrestrial life, once it became established that the planets were other worlds. The seventeenth-century astronomer Johannes Kepler, for example, believed that Jupiter – and even the moon – were inhabited. But arguments for or against the existence of extra-terrestrials rested more on the arcana of Christian dogma than scientific inquiry. Interestingly, the person who gave us the word ‘scientist’, William Whewell, master of Trinity College, Cambridge, chose to reject the notion of alien beings on religious grounds, asbeing inconsistent with Christian salvation and the uniqueness of the Incarnation.

The scientific arguments against life elsewhere in the solar system began to strengthen with better telescopes, although the possibility of life on Mars persisted into the twentieth century (I’ve already mentioned Percival Lowell’s belief in Martians). It took the advent of the space age and a succession of Mars fly-bys, followed by orbiters and landers, to finally put paid to speculation about Martian canals. While it’s possible that Mars may have hosted primitive life in the far past – and there remains a faint hope it may still do so today – recent attention has focused on the icy moons of the outer solar system, such as Europa and Enceladus. Beneath their thick ice crusts they have liquid water, which just might provide suitable conditions for biology. However, nobody supposes that these bodies would harbour more than microbial life.*

* There’s a slim chance that life could survive in the clouds of Venus. In September 2020, evidence was published for the detection of a gas called phosphine in Venus’s atmosphere, which some commentators have taken as a sign of biological activity. This interpretation is, however, very speculative.

In the last decade, astronomers have discovered many extra-solar planets, a fraction of which will surely resemble Earth. Some estimates suggest a billion earth-like planets in the Milky Way alone. A major challenge is to find ‘biosignatures’, detectable from Earth, that might indicate the presence of some form of life on these distant worlds. For example, oxygen in the atmosphere would be a positive (though not definitive) sign, because on Earth oxygen is a product of photosynthesis.

While it’s promising to know there are plenty of habitable planets out there, there is a huge difference between habitable and inhabited. For a habitable planet to spawn life, somehow a mish-mash of chemicals has to turn into something living. During my career, opinion has shifted from deep scepticism that life would readily arise in a chemical soup, to the currently fashionable view that the universe is seething with life. Contrast Francis Crick’s 1973 statement that ‘life seems almost a miracle’, so many are the conditions necessary for it to get going, with Christian de Duve’s 1995 opinion that the emergence of life is ‘a cosmic imperative’. In the absence of hard facts there is plenty of scope of disagreement. At the heart of the problem is an almost complete ignorance of the process that turned non-life into life. Because scientists have only scrappy ideas of what that process was, they are unable to estimate the odds of it happening with any reliability. The answer could lie anywhere on a spectrum from complete fluke to almost inevitable. If you believe the universe is rigged in favour of life, you would opt for the latter. Just a single data point – just one instance of a second sample of life – would clinch the matter.