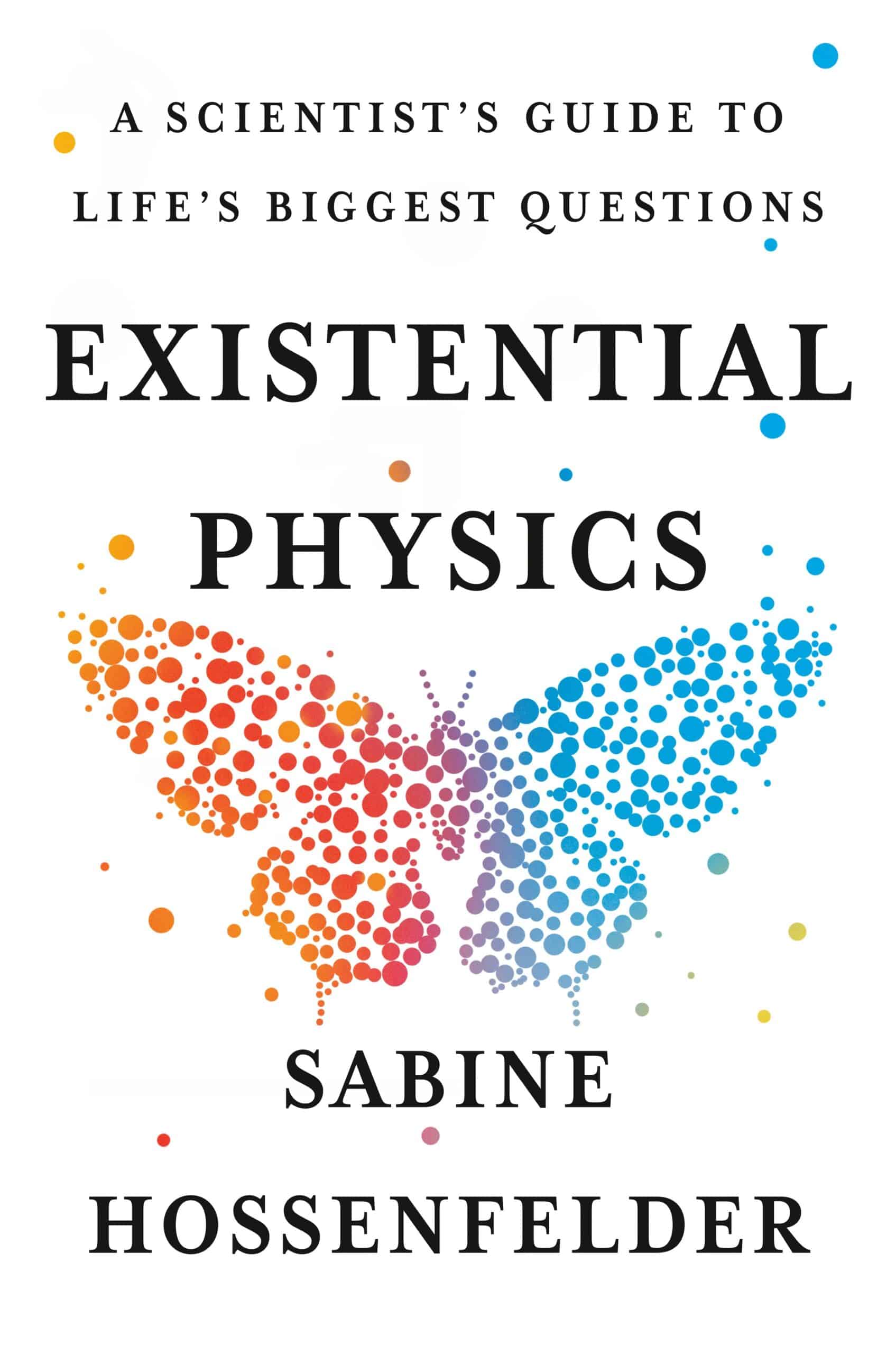 The following is an excerpt from Existential Physics: A Scientist’s Guide to Life’s Biggest Questions by Sabine Hossenfelder.

On January 13, 2021, Lisa Marie Montgomery became the fourth woman to be executed in the United States, the first in sixty-seven years. She was sentenced to death for the murder of Bobbie Jo Stinnett, age twenty-three and, at the time of the crime, eight months pregnant. In 2004, Montgomery befriended the younger woman. On December 16 of that year, she visited Stinnett and strangled her. Then she cut the unborn child from the pregnant woman’s womb. For a few days, Montgomery pretended the child was hers, but she confessed quickly when charged by police. The newborn remained unharmed and was returned to the father.

Why would someone commit a crime as cruel and pointless as this? A look at Montgomery’s life is eye-opening.

According to her lawyers, Montgomery was physically abused by her mother from childhood on. Beginning at age thirteen, she was regularly raped by her stepfather—an alcoholic—and his friends. She repeatedly, but unsuccessfully, sought help from authorities. Montgomery married young, at the age of eighteen. Her first husband, with whom she had four children, also physically assaulted her. By the time of the crime, she had been sterilized, but sometimes pretended to be pregnant again. Once in prison, Montgomery was diagnosed with a whole list of mental health problems: bipolar disorder, temporal lobe epilepsy, complex post- traumatic stress disorder, dissociative dis-order, psychosis, traumatic brain injury and most likely fetal alcohol syndrome.

I would be surprised if the previous paragraph did not change your mind about Montgomery. Or, if you knew her story already, I would be surprised if you did not have a similar reaction the first time you heard it. The abuse she suffered at the hands of others doubtless contributed to the crime. It left a mark on Montgomery’s psyche and personality that contributed to her actions. To what extent was she even responsible? Wasn’t she herself a victim, failed by institutions that were supposed to help her, too deranged to be held accountable? Did she act out of her own free will?

We frequently associate free will with moral responsibility in this way, which is how it enters our discussions about politics, religion, crime, and punishment. Many of us also use free will as a reasoning device to evaluate personal questions of guilt, remorse, and blame. In fact, much of the debate about free will in the philosophical literature concerns not whether it exists in the first place but how it connects to moral responsibility. The worry is that if free will goes out the window, society will fall apart because blaming the laws of nature is pointless.

I find this worry silly. If free will doesn’t exist, it has never existed, so if moral responsibility has worked so far, why should it suddenly stop working just because we now understand physics better? It’s not as though thunderstorms changed once we understood they’re not Zeus throwing lightning bolts.

Again, one can debate just exactly what wellbeing means; the fact that we don’t all agree on what it means is a major source of conflict. But just exactly what it is that our brains try to optimize, and what the difference is between your and my optimization, isn’t the point here. The point is that you don’t need to believe in free will to argue that locking away murderers benefits people who could potentially be murdered, whereas attempting to change the initial conditions of the universe doesn’t benefit anyone. That’s what it comes down to: We evaluate which actions are most likely to improve our lives in the future. And when it comes to that question, who cares whether philosophers have yet found a good way to define responsibility? If you are a problem, other people will take steps to solve that problem— hey will “make you responsible” just because you embody a threat.

That way, we can rephrase any discussion about free will or moral responsibility without using those terms. For example, instead of questioning someone’s free will, we can debate whether jail is really the most useful intervention. It may not always be. In some circumstances, mental health care and preventions against family violence may be the longer lever to reduce crime. And of course, there are other factors to consider, such as retaliation and deterrence and so on. This isn’t the place to have this discussion. I merely mean to demonstrate that it can be had without referring to free will.

The same can be done for personal situations. Whenever you ask a question like “But could they have done differently?” you are evaluating the likelihood that it may happen again. If you come to the conclusion that it’s unlikely to happen again (in terms of free will you might say, “They had no other choice”), you may forgive them (“They were not responsible”). If you think it’s likely to happen again (“They did it on purpose”), you may avoid them in the future (“They were responsible”). But you can rephrase this discussion about moral responsibility in terms of an evaluation about your best strategy. You could, for ex¬ample, reason: “They were late because of a flat tire. It’s therefore unlikely to happen again, and if I was angry about it, I might lose good friends.” Free will is utterly unnecessary for this.

Let me be clear that I don’t want to tell you to stop referring to free will. If you find it’s handy, by all means, continue. I just wanted to offer examples for how one can make moral judgments without it. This matters to me because I am somewhat offended by being cast as morally defunct just because I agree with Nietzsche that free will is an oxymoron.

The situation is not helped by the recurring claim that people who do not believe in free will are likelier to cheat or harm others. This view was expressed, for example, by Azim Shariff and Kathleen Vohs in a 2014 Scientific American article in which they said their research shows that “the more people doubt free will, the more lenient they become toward those accused of crimes and the more willing they are to break the rules themselves and harm others to get what they want.”
First, let us note that— as is often the case in psychology— other studies have given different results. For example, a 2017 study on free will and moral behavior concluded, “We observed that disbelief in free will had a positive impact on the morality of decisions toward others.” The question is the subject of ongoing research; the brief summary is that it’s still unclear how belief in free will relates to moral behavior.

More insightful is to look at how these studies were conducted in the first place. They usually work with two separate groups, one primed to doubt free will, the other one a neutral control group. For the no free- will priming, it has become common to use passages from Francis Crick’s 1994 book, The Astonishing Hypothesis: The Scientific Search for the Soul. Here is an excerpt:

“You, your joys and your sorrows, your memories and your ambitions, your sense of personal identity and free will, are in fact no more than the behavior of a vast assembly of nerve cells and their associated molecules. Who you are is nothing but a pack of neurons.”

This passage, however, does more than just neutrally inform people that the laws of nature are incompatible with free will. It also denigrates their sense of purpose and agency by using phrases like “no more than” and “nothing but.” And it fails to remind the reader that this “vast assembly of nerve cells” can do some truly amazing things, like reading passages about itself, not to mention having found out what it’s assembled of to begin with.

Of course, Crick’s passage is deliberately sharply phrased to get his message across; nothing wrong with that in and of itself. But it doesn’t prime people just to question free will; it primes them for fatalism— the idea that it doesn’t matter what you do. Suppose he’d primed them instead using this passage:
“You, your joys and your sorrows, your memories and your ambitions, your sense of personal identity and free will, are the result of a delicately interwoven assembly of nerve cells and their associated molecules. That pack of neurons is the product of billions of years of evolution. It endows you with an unparalleled ability to communicate and collaborate, and a capacity for rational thought superior to that of all other species.”

Not as punchy as Crick’s version, I admit, but I hope it illustrates what I mean. This version also informs readers that their thoughts and actions are entirely a result of neural activity. It does so, however, by emphasizing how remarkable our thinking abilities are. It would be interesting to see whether people primed in this way to disbelieve in free will are still more likely to cheat on tests, don’t you think?