Sean Carroll: The Biggest Ideas in the Universe 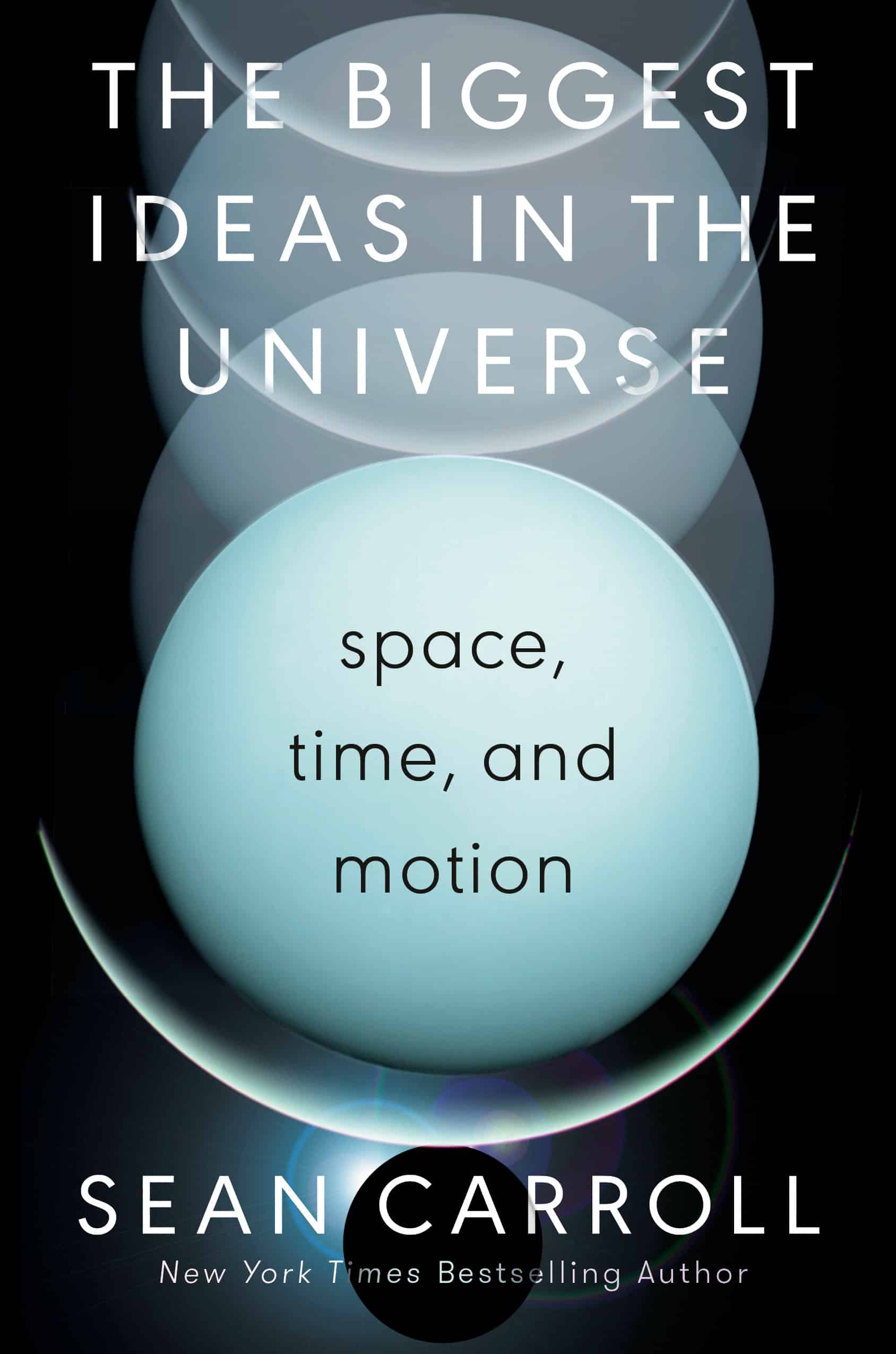 The following is an excerpt from The Biggest Ideas in the Universe: Space, Time, and Motion by Sean Carroll with permission from Dutton, an imprint of the Penguin Publishing Group, a division of Penguin Random House, LLC. Copyright © 2022 by Sean Carroll.

My dream is to live in a world where most people have informed views and passionate opinions about modern physics. Where you knock off after a hard day at work, head down to the pub with friends, and argue over your favorite dark-matter candidate, or competing interpretations of quantum mechanics. A world where, as kids are running around at a birthday party, one parent says, “I don’t see why anyone thinks there should be new particles near the electroweak scale,” and another immediately replies, “Then how in the world are you going to address the hierarchy problem?” People have opinions, after all, about supply-side economics or critical race theory. Why not inflationary cosmology and superstring theory?

That’s not quite the world in which we live. Even more than most other academic disciplines, physics is a field by and for specialists. Practitioners talk to one another in a highly specialized jargon, one that is dominated by mathematical concepts most people have never heard of, much less mastered. There are sensible reasons why this is the case, but it doesn’t have to be this way. The situation is due in large part to the ways in which physicists tend to share their knowledge with the rest of the world.

If you are a non-expert interested in learning about modern physics, you have basically two options. One is to remain at a popular level of explanation, where you can learn about some of the relevant concepts without digging into the technical or mathematical details. You can read books, go to lectures, watch videos, listen to podcasts. The good news is that we do have a vibrant ecosystem of such resources, and it’s possible to learn quite a bit, albeit in a somewhat haphazard way. But at the end, you know you’re not getting the real stuff. What you get are images and metaphors, rough translations of the underlying mathematical essence into ordinary language. You can go an impressive distance down this route, but something vital will always be missing.

The other route is to become a physics student. That could be literally at a university, or by assembling the right textbooks and online resources. Along the way you will need to become proficient at quite a bit of mathematics: calculus and differential equations most importantly, but also aspects of vector analysis, complex numbers, linear algebra, and more. The journey will be rewarding, but frustratingly slow. It typically takes at least a year of introductory courses before a student ever hears about relativity or quantum mechanics. And most physics students can get an undergraduate degree—or even go all the way to obtain a PhD—without learning about particle physics, black holes, or cosmology. Those goodies are reserved only for specialists in particular subfields.

The gap between learning physics as an interested amateur, relying on metaphors and murky translations, and becoming a credentialed expert, comfortable with pushing around equations of intimidating complexity, is wide but not unpassable. Just because I don’t want to be a professional race-car driver doesn’t mean I shouldn’t be allowed to drive at all. Surely there is a way to engage with some of the authentic essence of modern physics—even if that means looking at a few equations—without slogging through years of a standard curriculum.

That’s exactly what I’ve set out to do in The Biggest Ideas in the Universe, a series dedicated to the idea that it is possible to learn about modern physics for real, equations and all, even if you are more amateur than professional and have every intention of staying that way. It is meant for people who have no more mathematical experience than high school algebra, but are willing to look at an equation and think about what it means. If you’re willing to do that bit of thinking, a new world opens up.

Here is the thing about equations: They are not that scary. They are just a way to compactly summarize a relationship between different quantities. And while an equation might involve Greek letters, learning to understand an equation doesn’t mean you need to learn how to speak and write Greek.

I think we need a middle ground – but first let me elaborate on this solving/understanding distinction, because it’s key to my talking-about-physics-like-a-baseball-game dream. Einstein’s equation doesn’t just relate some specific collection of mass and energy to the curvature of some specific spacetime. It is a completely general relationship, of the form “you give me some distribution of mass and energy, and I will tell you how spacetime curves in response to that.” Carrying out this promise is what we mean by “solving the equation.”

Sometimes solving an equation is easy: If the equation is x=y2 and we’re told that y=2, the solution is x=4. Not so hard. But real-world physics equations are more complicated than that, involving ideas from calculus (the mathematics of continuous change) and other advanced concepts. Solving such equations can become a full-time occupation for working physicists. Therefore, sensibly enough, their education consists in large part in learning to solve equations.

But what if we decided that for non-professional physicists there was value in not solving but understanding the equations that explain the world around us, even the ones that are considered relatively advanced by physics-textbook standards. That turns out to be much more palatable and exciting. My goal with The Biggest Ideas in the Universe is to make the ideas of modern physics—the real ones, not watered-down metaphorical versions— accessible to anyone willing to do just a little bit of thinking about the equations and what they mean.