How do philosophical traditions differ across Buddhism, Hinduism and Jainism? How do they address big questions in the philosophy of religion?

Chakravarthi Ram-Prasad is Distinguished Professor of Comparative Religion and Philosophy at Lancaster University (UK) and a Fellow of the British Academy. In this interview with host Robert Lawrence Kuhn, he discusses metaphysics, God, and reality from the perspective of Indian religions. 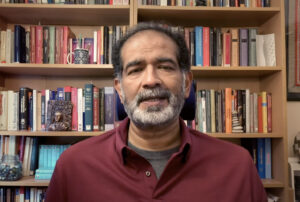