What is Kabbalah? Can we explore the nature of God through an understanding of Kabbalah and its teachings? In Kabbalah, what kinds of arguments have been advanced for the existence of God? Was the world created by God? Can Kabbalah help us understand the workings of fundamental reality?

Eduard Shyfrin is an expert on Kabbalah, the ancient mystic tradition in Judaism. He is a scientist and entrepreneur, with a PhD in physical chemistry and interests in science and religion from the perspective of information theory. 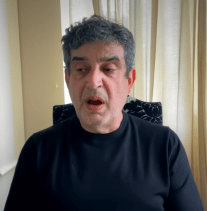 Eduard Shifrin is an expert in Kabbalah in the Jewish tradition