In Mormon theology, what is God? What does it mean that, as you write, “in some important sense, God is the same kind of being we are”? It seems that in Mormon theology. God is more knowable than in other traditions, more cataphatic than apophatic. Is this a fair assessment?

James Faulconer is a Latter-day Saint philosopher and senior research fellow at the Neal A. Maxwell Institute for Religious Scholarship. He specializes in contemporary European philosophy, particularly as it bears on religious experience. Previously, Dr. Faulconer served as chair of the Philosophy Department at Brigham Young University. 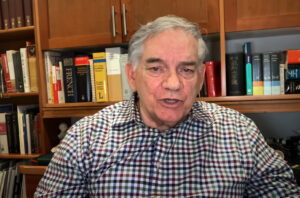