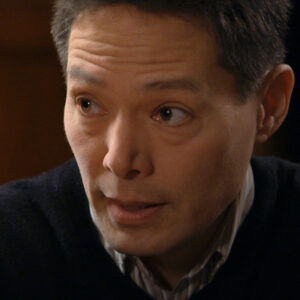 Peter, all my friends know I’ve been obsessed my whole life with the nature of consciousness, probably not unlike you. And free will, which is a philosophical concept now being studied by neuroscience, I have found to be a probe, a test of what consciousness is about. Do you agree with that?

Peter Tse
Yes. I think that the first question is to ask, you know, what consciousness evolved for. And my own view is that consciousness evolved for high-level planning and selection from among possible scenarios, and it’s very closely tied to attention, especially endogenous attention. Endogenous attention meaning voluntary attention. So, anything that you can attend now, you’re conscious of and you have an associated feeling or qualia with that, and even things that you’re not attending now but you could attend in the next moment, they’re sort of the background qualia of your experience. Right? I mean I think that conscious is synonymous with the word experience. I don’t see them as having a different meaning. Okay, so if consciousness is the domain of what your voluntary attention is allocated to now, and could be attended or allocated to in the next moment, that is the domain of what consciousness is. And then, why does it exist? It exists so that endogenous attention, voluntary attention can shift to things within that domain. Now it’s voluntarily attention, right, so immediately you’re talking about volition. And so, consciousness is very closely tied to volition, in the sense that it is the domain of things that you can shift your attention to volitionally. So yes, I think that free will, especially in the context of volition involving attention to, you know, what’s present in the world, or what’s present internally, or what is being played out internally in sort of internal scenarios, is really about the issue of free will, and so free will offers a kind of indirect.
Robert Lawrence Kuhn

So, I’ve heard four different terminology. I want to just be sure we know how they line up. We have as our goal consciousness, and then I hear of volition, and then attention, and then free will. And so, we have these four. How do you arrange these pieces to where they make sense in a logical thought?

Peter Tse
Okay so, consciousness or experience, subjective experience is the domain within which volitional attention can operate.
Robert Lawrence Kuhn

Peter Tse
It’s the space within which this operator, attention, endogenous attention, can do its thing.

Peter Tse
Right, so endogenous attention just means volitional attention. You can shift your attention at will. So, for example, you could be looking at me but shifting your attention to over there.
Robert Lawrence Kuhn

Peter Tse
And so, you have some sort of internal control over this thing. So, you know often free will is thought of in terms of action, like moving my hand. But a lot of what we do is control our own internal mental function, particularly through volitional attention, where for example, you pay attention to one thing and not another. So, you know, you’re listening to some say beautiful piece of music, and you say okay, now I’m going to pay attention to the oboe. And all the other instruments are still there. You’re experiencing them but they’re just sort of in the background. And then you rewind it, you rewind the piece of music and you pay attention to the violin. It’s the exact same piece of music, but your experience is different, right, because what you’re attending to is a different figure, so to speak, against a different ground. And attention seems, volitional attention seems very much involved with zooming in on, focusing in on some figure and ignoring the rest, or sort of downplaying the rest.
Robert Lawrence Kuhn

Okay. And we have a mechanism in the brain for attention.

Reticular system in the lower part of the brain.

Peter Tse
Well, the reticular system is very much associated with sort of just being awake versus not awake. And so that’s one meaning of… one problem is that the word attention is a single word from English but in fact there’s four- three or four different circuits. You have the reticular activating system in the brain stem that leads to you just kind of waking up. You have what’s called exogenous attention, which is the attention that gets dragged over to somebody who’s waving their hand. And we, we use this all the time. You know you go to pick some… you pick somebody up at the airport, you don’t stand there and do this. That would be idiotic. You do this, right? And if you, you know, say your mother’s coming out and she sees you doing this, she’d say, what’s wrong with you? You know, you should have done this. Exogenous attention is what gets dragged to that motion. Exogenous attention is what makes it annoying to have flashing advertisements on the internet. That’s one system.
Robert Lawrence Kuhn

Because you’re forced to look at it.

Peter Tse:That’s right, and that’s not volitional. You can’t help but shift your attention to loud or annoying or flashing things. That’s just the way the system is set up. Endogenous attention, however, is volitional. It has a different time course. It’s involving overlapping but different circuits, especially in the frontal parietal lobe, that allow the brain to specify what inputs will be processed most deeply. So, the issue of consciousness, experience, attention, and volition are very closely linked. Because consciousness or experience is the domain over which volitional attention can operate.

Peter Tse
Right, so I think zombies; first of all, I don’t think zombies can exist in the way that I suppose Chalmers has argued that they could. That if a being completely lacked experience; and when I say experience I don’t mean past experiences; I mean subjective experience now. The having of subjective feelings and things like pain, color, and so forth. If a being lacked experience, lacked consciousness, lacked subjective awareness, those are all I think synonymous, then it couldn’t do certain things. For example, it couldn’t do attentional tracking, right, because attentional tracking is a voluntarily operation to say I’m going to track this say, moving ball among 20 other moving balls.
Robert Lawrence Kuhn

Can’t you program a computer to do that?

Peter Tse
Well, I don’t think that a zombie would be able to carry out attentional tracking, because it would not be able to specify, based upon criteria in its working memory, the selection of this one versus that one because it wouldn’t have access to them, right? Presumably there’s no- there’s no experience. It can’t access this particular thing to track versus that. I suppose you could argue that well, I can design a system that would do that, and then, fair enough, I mean it becomes quite difficult, right but… Then you can say okay, well if the, if the being can specify the location of the object that it’s tracking, well, then it has information about that location. But we’re arguing that it lacks access to that information. Could it then be that, you know, there’s a sort of an arrow signal that it has access to? Well if it had an arrow signal saying well actually my attention should be on this ball but you know, well then it has access to that information via that arrow signal. So, I think it’s problematic, and I think it’s a challenging issue for people who believe in zombies, to discount mental operations which in normal humans can only take place over conscious operands. So, endogenous attention, for example, attentional tracking of one ball versus you know, lots of other moving balls, or tracking an oboe versus a violin, in normal humans who have consciousness, this attentional tracking operator, so to speak, can only operate over conscious operands in us And so it’s, it’s important to try to say okay, well, is consciousness necessary for anything? Well, if I can find some mental operation that can only happen in the presence of consciousness, then it is necessary for the outcomes of that operation. And so, I think attentional tracking is one of them. Paying attention, playing internal scenarios out, and then selecting the best option seems to require subjective experience and selection from operands that are consciously experienced. So, in that sense, the outcomes of say, an attentional tracking operation, require consciousness.